Commercial Law: Business Rescue vs Liquidation – What is The Difference?

South Africa has been experiencing very slow economic growth and international rating agencies have subsequently downgraded South Africa’s investment outlook to “junk status”. This, and a myriad of other factors, have negatively impacted South African businesses, especially small and medium business enterprises. Many of these struggling enterprises are now at a crossroads: do they continue trading and hope that things will improve, whilst risking incurring further debts, or do they cut their losses and give up? This article will briefly explain what the difference is between business rescue and liquidation, two legal avenues which are available to financially distressed companies.

Business rescue proceedings can, similarly to liquidation proceedings, be launched on a voluntary basis or by way of a court application brought by creditors or other affected persons. A company must be in financial distress before it can file for business rescue. A company will be deemed to be financially distressed for purposes of this Act if:

“(i) it appears to be reasonably unlikely that the company will be able to pay all of its debts as they fall due and payable within the immediately ensuing six months; or

(ii) it appears to be reasonably likely that the company will become insolvent within the immediately ensuing six months”.3

Companies meeting either of the requirements as set out above will thus be eligible to commence with business rescue proceedings in order to rehabilitate the financially distressed company. Some of the most prominent effects of a company being placed under business rescue are the following:

The ultimate objective of business rescue proceedings is to save companies. This should, if possible, be the preferred course of action for a financially distressed company since it has the potential to preserve jobs and to reinstitute a stable and solvent company which can contribute to the South African economy.

The objective of liquidation proceedings is fundamentally different from that of business rescue proceedings. Liquidation proceedings are not aimed at rescuing a financially struggling company, but rather to permanently end the company. It is important to note that liquidations of insolvent companies are still done in terms of the Companies Act 61 of 1973 (hereinafter referred to as “the Old Act”).

A company is regarded as being insolvent if its liabilities exceed its assets, or if it is unable to pay its debts as and when it becomes due.8

Liquidation of a company results in the establishment of a concourses creditorium and the company will cease to trade and its assets will be frozen. All civil proceedings against the company will stop as well as any execution processes against the company. The Master of the High Court will appoint a liquidator who will be responsible for collecting all of the company’s assets and to distribute same between the creditors after the costs of the liquidation have been paid.

Liquidation and business rescue proceedings, although applicable in similar circumstances have very different objectives and one should thus consider these objectives when choosing one or the other. Business rescue proceedings should be strongly considered where there is a reasonable prospect that the company may be able to trade on a solvent basis again. However, it does sometimes happen that

a company is completely “down and out” and that there are absolutely no prospects of the company ever being able to service its debts and/or to trade on a financially viable manner again. In such cases, one should liquidate the company in order to protect the remaining assets in favour of the creditors. You should consult a knowledgable attorney if your company is financially distressed in order to determine the best way forward.

For more guidance and assistance, you can contact our Commercial Law Department. 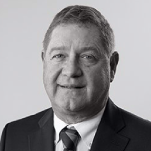 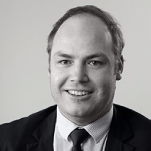 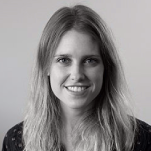 This article is for general information purposes and should not be used or relied on as legal or other professional advice. No liability can be accepted for any errors or omissions nor for any loss or damage arising from reliance upon any information herein. Always contact us At DKVG Attorneys for specific and detailed advice.

We use cookies on our website to give you the most relevant experience by remembering your preferences and repeat visits. By clicking “Accept All”, you consent to the use of ALL the cookies. However, you may visit "Cookie Settings" to provide a controlled consent.
Cookie SettingsAccept All
Manage consent

This website uses cookies to improve your experience while you navigate through the website. Out of these, the cookies that are categorized as necessary are stored on your browser as they are essential for the working of basic functionalities of the website. We also use third-party cookies that help us analyze and understand how you use this website. These cookies will be stored in your browser only with your consent. You also have the option to opt-out of these cookies. But opting out of some of these cookies may affect your browsing experience.
Necessary Always Enabled
Necessary cookies are absolutely essential for the website to function properly. These cookies ensure basic functionalities and security features of the website, anonymously.
Functional
Functional cookies help to perform certain functionalities like sharing the content of the website on social media platforms, collect feedbacks, and other third-party features.
Performance
Performance cookies are used to understand and analyze the key performance indexes of the website which helps in delivering a better user experience for the visitors.
Analytics
Analytical cookies are used to understand how visitors interact with the website. These cookies help provide information on metrics the number of visitors, bounce rate, traffic source, etc.
Advertisement
Advertisement cookies are used to provide visitors with relevant ads and marketing campaigns. These cookies track visitors across websites and collect information to provide customized ads.
Others
Other uncategorized cookies are those that are being analyzed and have not been classified into a category as yet.
SAVE & ACCEPT
Share
Share