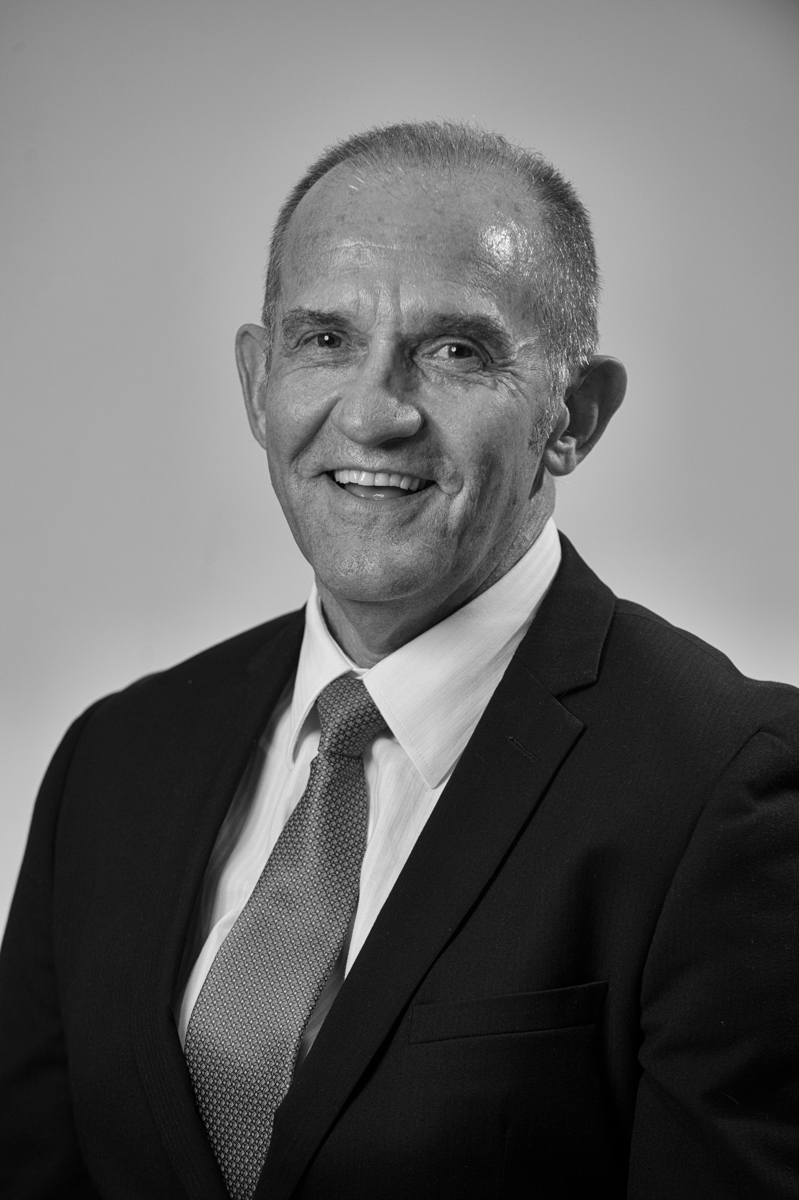 A born and bred Capetonian, Stephen matriculated at Rondebosch Boys’ High School and completed his BA.LLB. at the University of Stellenbosch in 1981, after which he prosecuted in both the Magistrate’s and Regional Courts and worked as a State Attorney.

Stephen joined De Klerk & Van Gend in 1991. He became a director of the firm in 1993, and was appointed as Chairman of the firm in June 2020. Stephen is a seasoned commercial and litigation attorney, with 40 years of court experience. Stephen specializes in High Court Litigation, Commercial Law, Contract Law, Education Law, Matrimonial & Family Law, including Surrogacy and he has extensive experience in Wills and Estates. His clients range from corporations, listed companies and financial institutions, to private individuals.

As a strong proponent of social responsibility, Stephen is actively involved, on a pro bono basis, in a number of charitable Trusts and Public Benefit Organizations.

Stephen is a keen sportsman, and, apart from being an experienced scuba diver, has completed in excess of sixty marathons, with a permanent number for Two Oceans Ultra Marathons, and to date has completed 18 Argus Cycle Tours

Family Law: Landmark Judgement on the Divorce Act Provides Hope for Divorcees Married Out of Community of Property Without the Accrual System

On 11 May 2022, the Gauteng High Court delivered a landmark judgment in the case of Greyling v Minister of Home Affairs and others, which has declared Section 7(3)(a) of […]
Do you like it?
Read more

The Constitutional Court recently confirmed the October 2020 ruling of the Western Cape High Court that section 1(1) of the Intestate Succession Act is unconstitutional in so far as it […]
Do you like it?
Read more

As one contemplates on the doctrine of mootness, several questions arise. What is considered a moot point, a moot issue or moot relief? What is the legal and practical implications […]
Do you like it?
Read more

Family Law: Is it possible to change your matrimonial property system?

Types of Marriages and Matrimonial Property Systems In South Africa, there are three legally recognised marriages, namely, civil marriages, customary marriages, and civil unions. These types of marriages are governed […]
Do you like it?
Read more

In extremely rare cases, a mother can carry twins that do not share the same DNA, in other words, fraternal twins with different biological fathers. This is a phenomenon called […]
Do you like it?
Read more
Load more
We use cookies on our website to give you the most relevant experience by remembering your preferences and repeat visits. By clicking “Accept All”, you consent to the use of ALL the cookies. However, you may visit "Cookie Settings" to provide a controlled consent.
Cookie SettingsAccept All
Manage consent

This website uses cookies to improve your experience while you navigate through the website. Out of these, the cookies that are categorized as necessary are stored on your browser as they are essential for the working of basic functionalities of the website. We also use third-party cookies that help us analyze and understand how you use this website. These cookies will be stored in your browser only with your consent. You also have the option to opt-out of these cookies. But opting out of some of these cookies may affect your browsing experience.
Necessary Always Enabled
Necessary cookies are absolutely essential for the website to function properly. These cookies ensure basic functionalities and security features of the website, anonymously.
Functional
Functional cookies help to perform certain functionalities like sharing the content of the website on social media platforms, collect feedbacks, and other third-party features.
Performance
Performance cookies are used to understand and analyze the key performance indexes of the website which helps in delivering a better user experience for the visitors.
Analytics
Analytical cookies are used to understand how visitors interact with the website. These cookies help provide information on metrics the number of visitors, bounce rate, traffic source, etc.
Advertisement
Advertisement cookies are used to provide visitors with relevant ads and marketing campaigns. These cookies track visitors across websites and collect information to provide customized ads.
Others
Other uncategorized cookies are those that are being analyzed and have not been classified into a category as yet.
SAVE & ACCEPT
Share
Share